Made some dinner tonight with goodness from the garden: fresh sweet corn kernels, cut off the cob, added a wonderful chewy sweet nuttiness to a bean and cheese burrito (cheese+corn_beans = complete amino acid complement too). Had some fresh garden tomato on the side. “Harvest to table” to mouth! 🙂 This was the “Triple Play” sweet corn from Seeds of Change organic heirloom seeds of New Mexico. A variety they developed themselves from several heirloom stains. 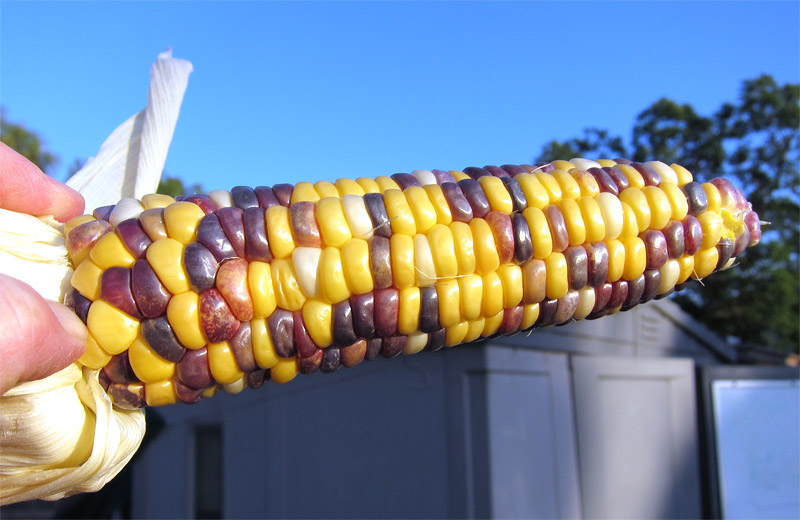 This meal was a nice way to reward myself after laboring, with an aching back, all by my lonesome: put up half the barrier fence needed to make the solar-powered electric fence 100% effective in warding off ground squirrels and rats. 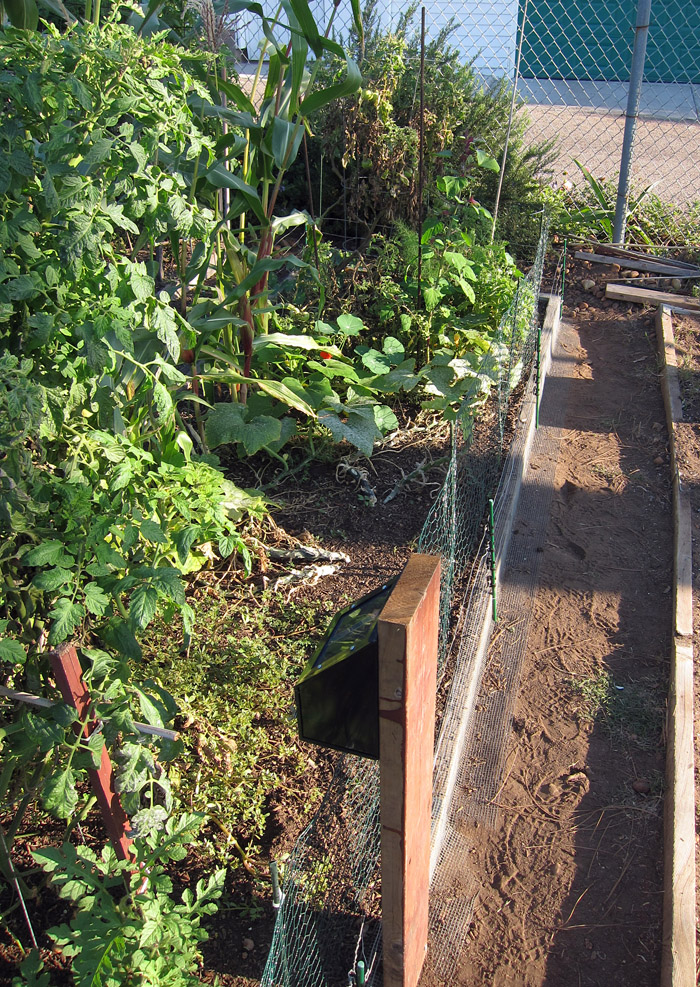 I realized that I had to do something about “mid-air squirrels”, as Jon of McGregor’s Fence company so colorfully put it. The fence had been working pretty well, but now and then some animal would get through and nibble on some veggies. Once I saw a ground squirrel leap through the wires, and a few days ago I spotted a rat leaping through as they exited the plot on my approach.

As they explain on their website:
“… if you try to keep animals out of vegetable gardens with only an electric fence it won’t work because the animals are pretty well insulated by their fur so if they don’t touch the wire with a nose or paw, they’re likely to trundle right on through and get no zap at all. However, if you put a low barrier fence a few inches behind the electric fence it will stop the animal long enough so that it will investigate the situation with its nose or paw and will then come in contact with the electric wire. This works whether the animal tries to climb over the wires or under them. It will get zapped and it will turn tail and go away.”

To top off the day in the vegetable garden, as the sun went lower, the light complemented the reddish corn stalks, and a red Nasturtium volunteer poked it’s head out (click to see larger size): 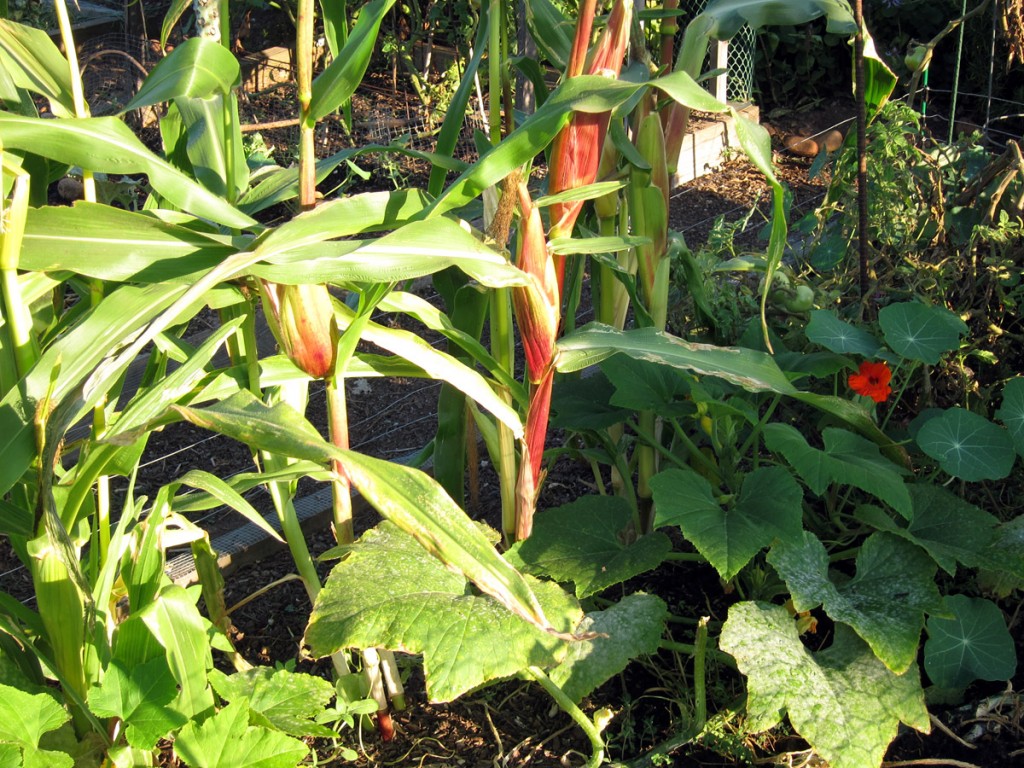 My Community Garden Plot: Through the Season In Photos
Previous post